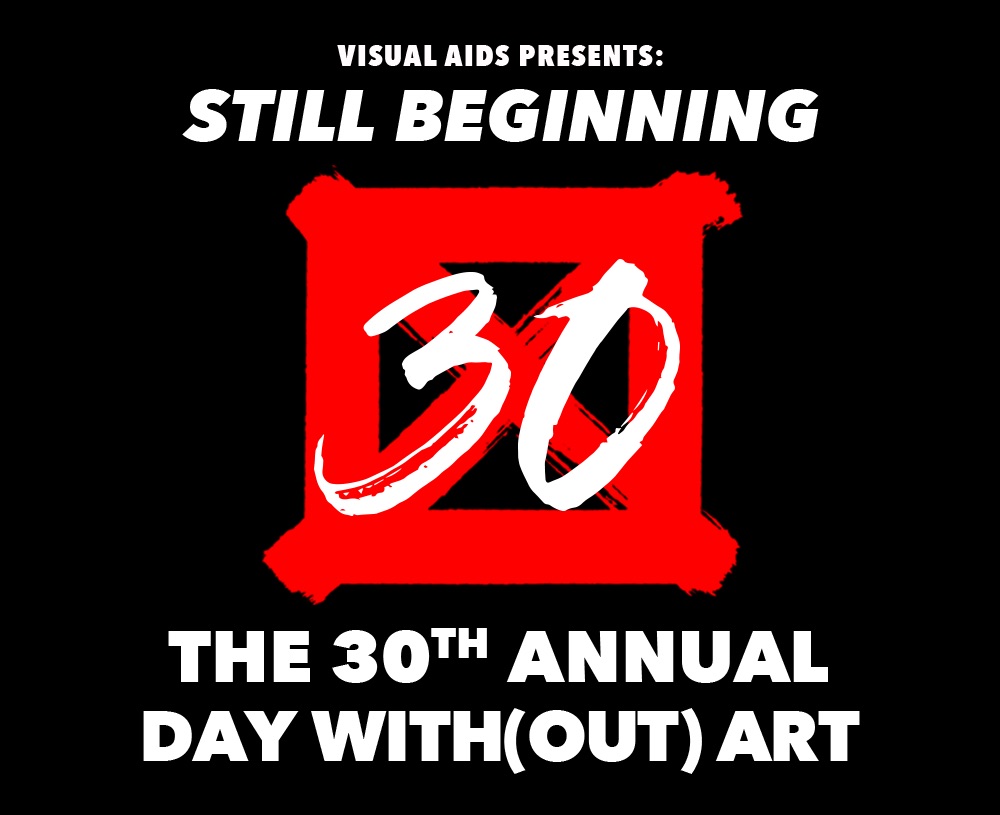 The seven short videos range in subject from anti-stigma work in New Orleans to public sex culture in Chicago, highlighting pioneering AIDS activism and staging intergenerational conversations. Recalling artist Gregg Bordowitz’s reminder that “The AIDS crisis is still beginning,”* the video program resists narratives of resolution or conclusion, considering the continued urgency of HIV/AIDS in the contemporary moment while revisiting resonant cultural histories from the past three decades. (*The phrase first appeared in Bordowitz’s installation Drive (2002) and was recently displayed as a banner at the Art Institute of Chicago.)

A panel discussion moderated by Jennifer Williams, NOMA’s Public Programs Manager, will follow the screening featuring Sian Green and Angie Brown, members of the Institute of Women and Ethnic Studies, a national non-profit health organization based in New Orleans. Green and Brown are both featured in the video I’m Still Me by Iman Shervington.

Visual AIDS is a New York-based non-profit that utilizes art to fight AIDS by provoking dialogue, supporting HIV+ artists, and preserving a legacy, because AIDS is not over. In 1989, Visual AIDS organized the first Day Without Art, a call to the art world for mourning and action in response to the AIDS crisis. For Day With(out) Art’s thirtieth year, over 100 institutions worldwide will screen STILL BEGINNING, recognizing the important and necessary work of artists, activists, and cultural workers who have responded to AIDS while emphasizing the persistent presence of the epidemic.

In 1989, Visual AIDS organized the first Day Without Art, a call to the art world for mourning and action in response to the AIDS crisis. Every year since, Visual AIDS has coordinated and publicized events at museums, universities, and arts organizations to highlight the ongoing urgency of the epidemic.

Beat Goes On is an all-archival video portrait of Keith Cylar (1958–2004), the co-founder of Housing Works and a central figure in the AIDS Coalition To Unleash Power (ACT UP) NY.

The Lie is the latest in an ongoing series of short films drawing on found footage and original materials from the artist’s archive. Offering “ruminations on ruined nations,” the film aims to expose the links between war, poverty, AIDS and capitalism, and discredit the persistent mythologies that bind them all.

I Remember Dancing brings together an intergenerational cast of trans and queer “gaysians” ruminating on the past and future of AIDS, activism, gay culture, love, and (un)safe sex.

Viva Ruiz, Chloe Dzubilo: There is a Transolution

I’m Still Me highlights Sian, a Black woman living with HIV in Louisiana, who works in partnership with the Institute of Women & Ethnic Studies to address the disproportionate effect of HIV on Black women in the South.

Through an experimental collage of video and pictographs, (eye, virus) explores how conversations around disclosure, stigma, and harm reduction shift across generations and from public to private realms. Collaboratively produced with Victor F.M. Torres and Nikki Sweet.

Derrick Woods-Morrow will document the geography of the public sex culture of Black Chicago from the 1960s through the 1980s, in conversation with photographer and longterm survivor Patric McCoy.