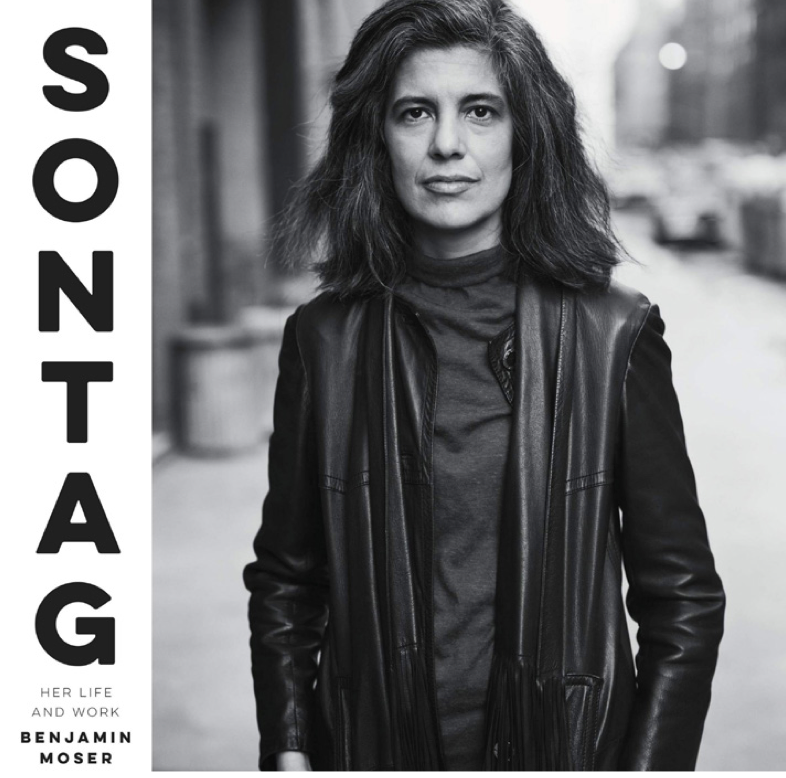 The NOMA Book Club meets monthly to discuss fiction and nonfiction books related to art in NOMA’s collection and exhibitions. It is an informal group open to anyone on a month-to-month basis. You do not have to attend every meeting or read every book! In addition to monthly book discussions, the Book Club meets periodically for curatorial programs related to the book selections. Books are selected in advance and planned for the entire year according to the exhibition schedule. Participants are expected to procure their own copy of the selected titles. Meetings are held in person or via Zoom, determined at the beginning of each month. All meetings begin at 12 pm.

No writer is as emblematic of the American twentieth century as Susan Sontag. Mythologized and misunderstood, lauded and loathed, a girl from the suburbs who became a proud symbol of cosmopolitanism, Sontag left a legacy of writing on art and politics, feminism and homosexuality, celebrity and style, medicine and drugs, radicalism and Fascism and Freudianism and Communism and Americanism, that forms an indispensable key to modern culture. She was there when the Cuban Revolution began, and when the Berlin Wall came down; in Vietnam under American bombardment, in wartime Israel, in besieged Sarajevo. She was in New York when artists tried to resist the tug of money—and when many gave in. No writer negotiated as many worlds; no serious writer had as many glamorous lovers. Sontag tells these stories and examines the work upon which her reputation was based. It explores the agonizing insecurity behind the formidable public face: the broken relationships, the struggles with her sexuality, that animated—and undermined—her writing.