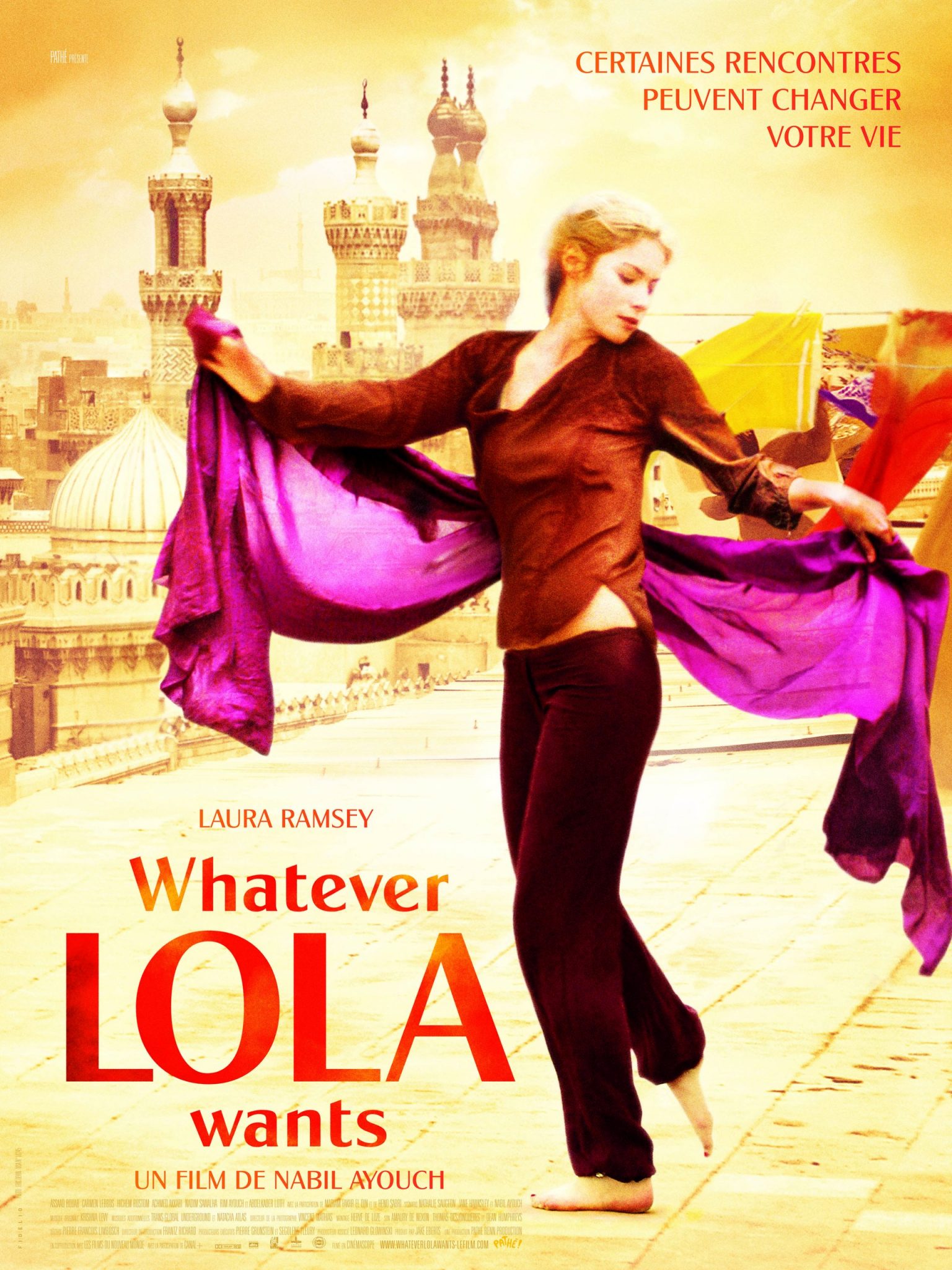 ABOUT WHATEVER LOLA WANTS

Whatever Lola Wants is a 2007 French-Canadian romantic drama directed by Nabil Avouch. The film stars Laura Ramnsey as Lola, an American postal worker who travels to Egypt to seek out a legendary belly dancer. Lola dreams of becoming a belly dancer. After a friend encourages her to perform at a local Moroccan restaurant, Lola captures the attentions of the handsome Zack. Lola follows after him, but is crushed to find that Zack is to marry someone of his family’s choosing. Lola decides to turn all of her energy into making her dreams a reality and tracks down Ismahan, a reclusive dancing star that retired due to a scandal involving a mysterious lover. Although reluctant, Ismahan is persuaded into giving Lola lessons and a friendship blossoms as a result.