By the mid-nineteenth century, the bustling port city of New Orleans was in need of a park. The teeming, densely populated core of the city, tightly squeezed against high ground along the Mississippi River, gave way to undeveloped, mosquito-infested marsh and swampland in what was colloquially called the “back of town.” The death of entrepreneur and substantial landholder John McDonogh in 1850, combined with the emergence of a nationwide campaign to provide picturesque respite from urban congestion, provided the impetus to turn cow pastures, backswamp, and live oak groves into what is today’s City Park, a civic resource now enjoyed by more than five million visitors a year.

An editorial in the Daily Picayune of September 1851 called upon city leaders to introduce “the matter of a public park in the rear of the city.” Clearing the existing mosquito-infested swamps, the newspaper proclaimed, would destroy “a nursery of disease” and allow breezes to flow “uninterruptedly” from Lake Pontchartrain to the residential and business districts. By 1858 the city gained clear title to the land, and though progress was slow, in 1872 two staff engineers from the famed landscape architecture firm of Fredrick Law Olmsted were employed to draw up plans that would provide for public amusements in an eye-pleasing landscape of lagoons, groves of ancient live oaks, shell roads, and bridges.

By 1911 the park was selected as the site for the Isaac Delgado Museum of Art (today’s NOMA), founded by its namesake philanthropist. Nearly a century later, in 2003, two additional benefactors, Sydney and Walda Besthoff, would provide the seed money and initial works for a sculpture garden that fits harmoniously within the existing landscape. Their eponymous gift to the city has become one of the most renowned outdoor art environments in the world.

Building upon this success, in 2017 NOMA embarked upon a 6.5-acre expansion of the Syndey and Walda Besthoff Sculpture Garden around a lagoon to the north of the museum. The site opened in May 2019 and includes twenty-seven works by artists primarily working in the twenty-first century. Additional innovative architectural elements include the first canal link bridge of its kind in the United States, an amphitheater, a sculpture pavilion, and an outdoor learning environment.

“These elements are entirely new to the museum, and we look forward to realizing their potential for our public,” said Susan Taylor, NOMA Director. “Our many outdoor festivals, film screenings, concerts, and performances throughout the year will only be enhanced by these new venues.”

A 5,000-square-foot indoor sculpture pavilion created by Lee Ledbetter & Associates serves as a landmark for the expansion, offering exhibition space for indoor sculpture and other works in NOMA’s collection that complement the garden’s outdoor installations. The pavilion’s elliptical shape is reflected inside through curving walls, encouraging movement around selected works.

Three site-specific works in the sculpture garden by women artists are inspired by the environment. A 60-foot-long mosaic wall by Teresita Fernández, titled Viñales (Mayombe Mississippi), stretches along a curved wall outside the pavilion, its blue and green tiles creating a “landscape within a landscape,” according to the artist. Elyn Zimmerman’s Mississippi Meanders is a 70-foot glass bridge with swirling, multicolored lines reflecting the ever-changing path of the river as documented in historical maps by Harold Fisk. Inside the pavilion, Maya Lin has created a wall- and ceiling-mounted installation from thousands of glass marbles that depicts the course of the Mississippi and its tributaries.

The renowned landscape architectural firm of Reed Hilderbrand, based in Cambridge, Massachusetts, paid particular attention to maintaining City Park’s distinct riparian terrain in the garden’s design. The expansion incorporates vegetation indigenous to south Louisiana, including existing live oaks, along with new plantings of palmetto, ginger, sweetbay magnolia, bald cypress, Louisiana iris, and swamp lily. Works are arranged in the open lawn, under tree canopies, across open water, on cypress islands, and within understory planting, all connected by pedestrian bridges designed to complement the grounds.

The central lagoon was reshaped to emphasize the expanse of open water, and revitalized to capture, clean, and aerate water as a healthy and sustainable resource. A weir allows for changes in water level to address flooding potential and re-oxygenate the system.

The weir was funded by the Patrick F. Taylor Foundation. “The many years I have been involved with NOMA made me aware of the great love, dedication and contributions of Sydney and Walda Bestoff to the artistic culture of our community,” said the Foundation’s chairman, Phyllis Taylor. “The Foundation’s support of the expansion of the Bestoff Sculpture Garden was, first and foremost, a small tribute to them.  Additionally, even before Hurricane Katrina, I have had an interest in the role of water in our daily lives.  The Trustees of the Foundation, sharing that interest, have supported numerous projects that involve water.  So, selecting the installation of the weir was an easy choice, and an exciting one.”

Other donors have expressed delight at the result of this $15 million project:

“The original Sydney and Walda Besthoff Sculpture Garden is an exquisite combination of art and landscape. It has been a significant addition to the NOMA and the city of New Orleans. The new expansion is itself a real gem. The sum is now greater than its parts and will be appreciated by all who see it.” — Robert Hinckley

“The Sydney and Walda Besthoff Sculpture Garden expansion represents to me a space of art, beauty, peace, and reflection. It has been a great personal satisfaction to be a donor.” — Nuria Rowley

“The Eugenie and Joseph Jones Foundation supports the sculpture garden expansion because the Foundation places  a strong focus on  the arts.  This expansion is such an asset to our city, and free public access is integral in promoting  arts and educating the entire community.” — Susu Stall

“I grew up playing by the lagoon and remember feeding ducks there as a child. When I was in graduate school, I interned at NOMA and loved seeing this place of nature and serenity when entering and exiting the main building. As much as I love art and supporting living artists, which is the focus of this expansion, I was worried how changing the environment of the lagoon and its environs would affect the wildlife. But after speaking with NOMA staff and learning about the water filtration system, that helped sway my decision. I wanted to be certain that the expansion would not only provide a new home for art, but a safe environment for the birds, fish, and plants that live in it.” — Claire Thriffilly

You can play a role in the historic expansion of the Sydney and Walda Besthoff Sculpture Garden by making a gift to support the project. A number of naming opportunities are available, and gifts may be pledged over a number of years. For more information, please contact Anne Baños, Deputy Director, at apbanos@noma.org, or Jenni Daniel, Director of Development, at jdaniel@noma.org.

▶ RETURN TO THE HOME PAGE FOR THE BESTHOFF SCULPTURE GARDEN 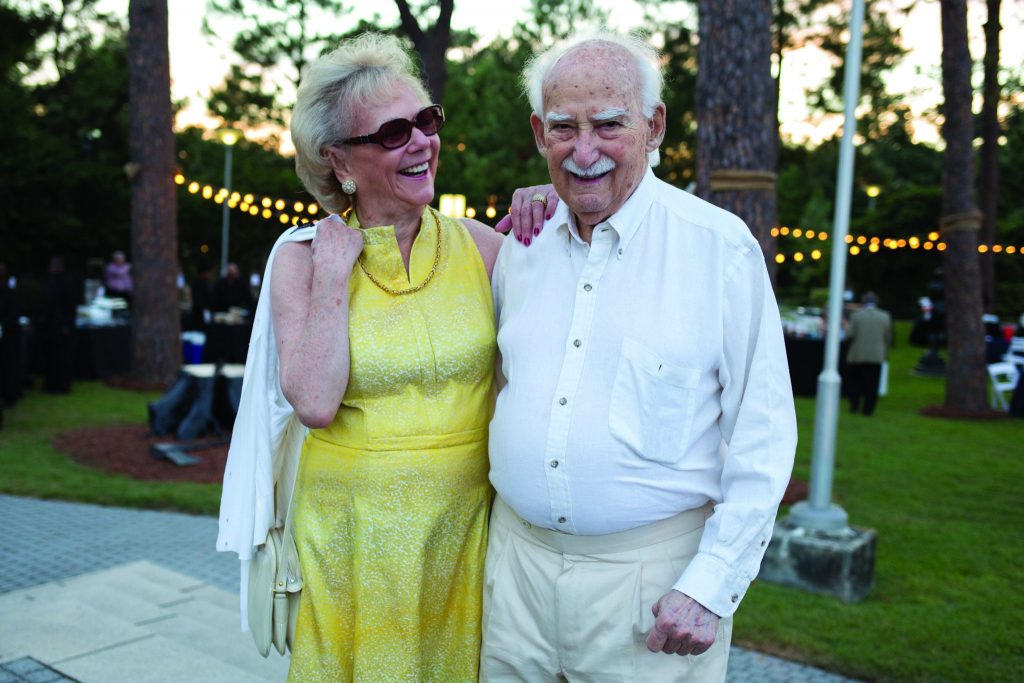 Sydney and Walda Besthoff are the namesake visionary founders behind a world-renowned sculpture garden for New Orleans.
LEARN MORE 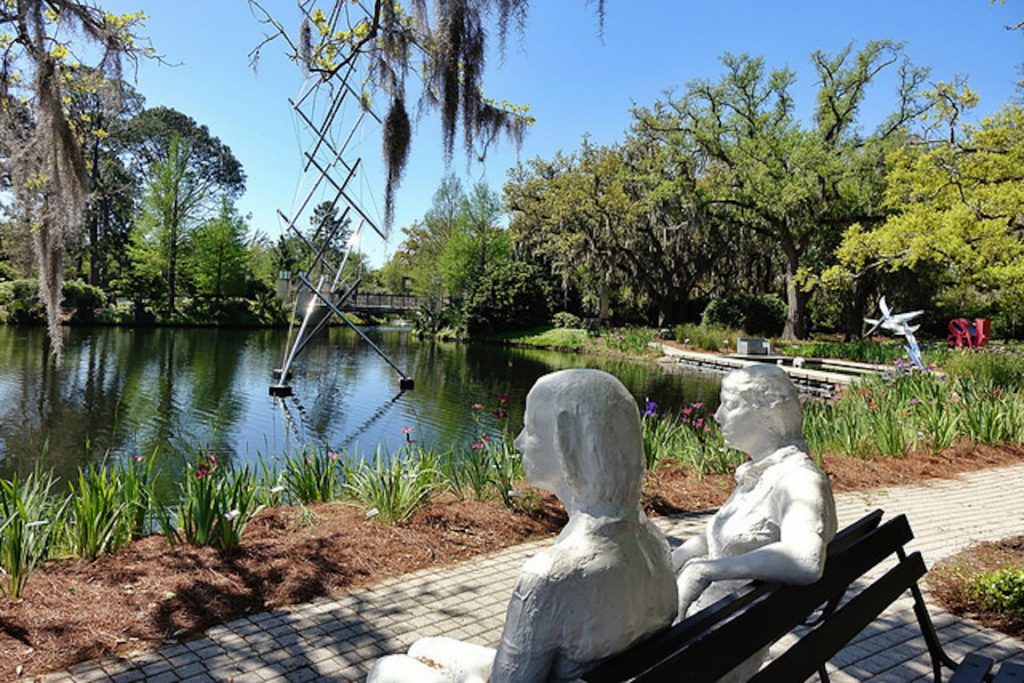 Architects, landscape architects, lighting designers, and arborists were among the contractors who made it all possible.
LEARN MORE

Stroll along meandering walking paths and identify all 97 works of art.
DOWNLOAD 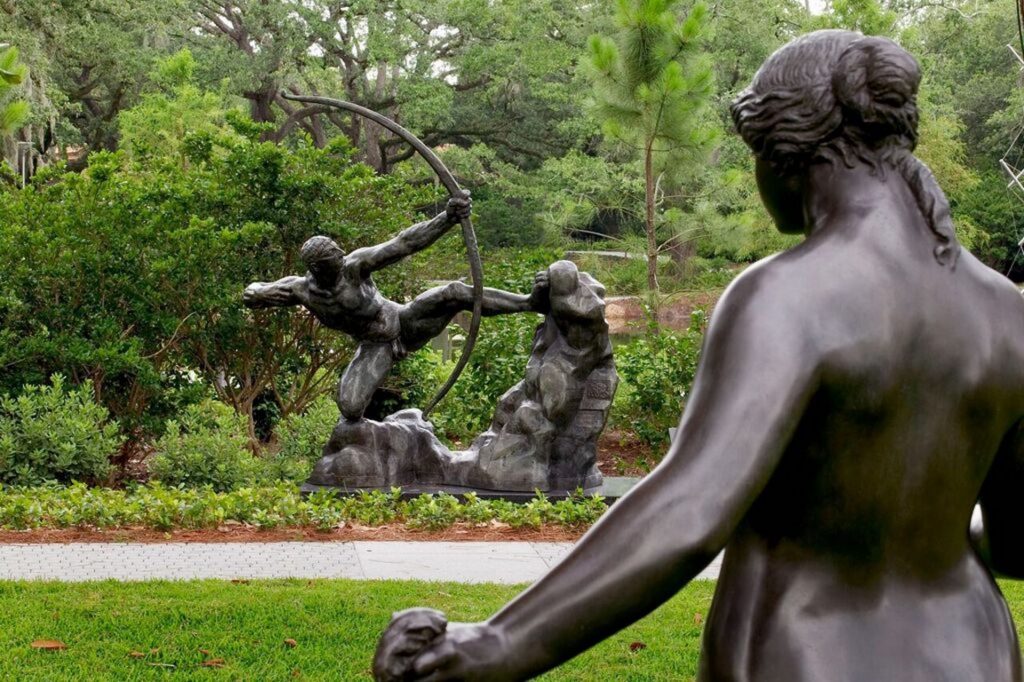 See highlights of the Sculpture Garden in a virtual tour produced in partnership with the Google Arts & Culture Initiative.
LEARN MORE 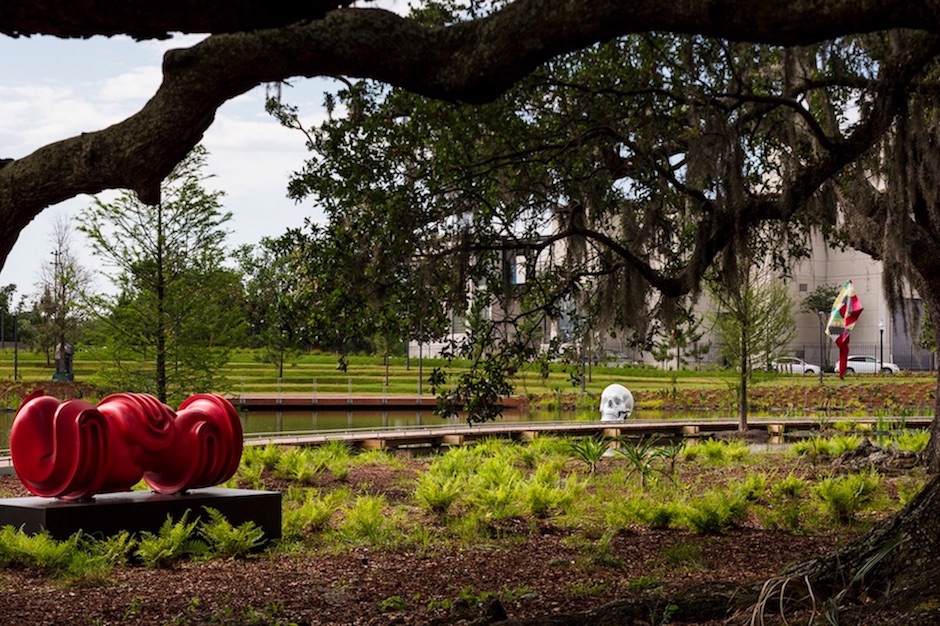 You can play a role in the historic expansion of the Sydney and Walda Besthoff Sculpture Garden by making a gift to support the project.
LEARN MORE 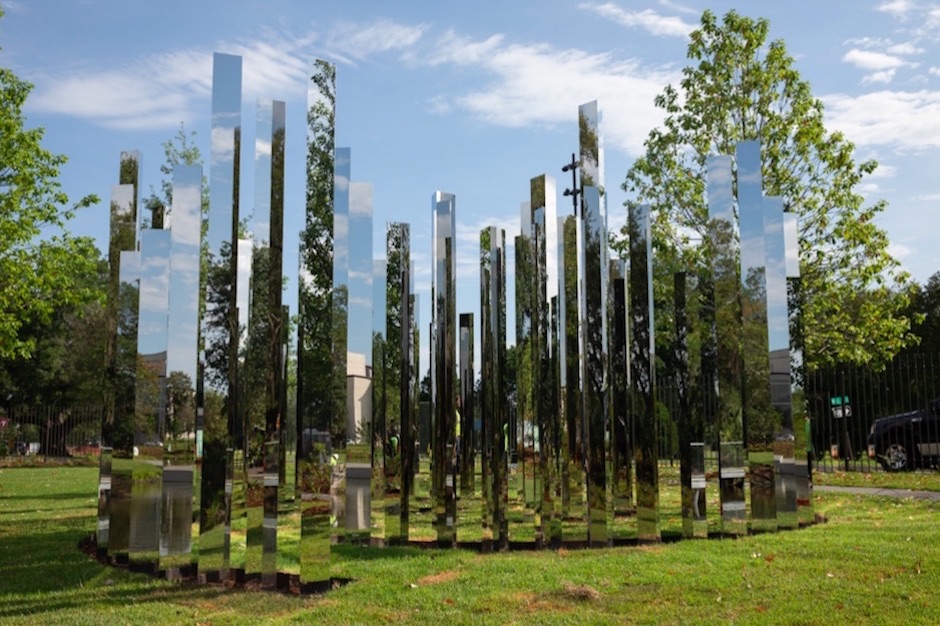 Relive the excitement of the grand opening of the Besthoff Sculpture Garden expansion in May 2019.
WATCH