NOMA’s Learning and Engagement staff suggests the following books related to themes of pr0cess and materials in art. In partnership with Octavia Books, links are provided to purchase these titles through this independent bookstore based in New Orleans, which offers nationwide shipping or curbside pickup. 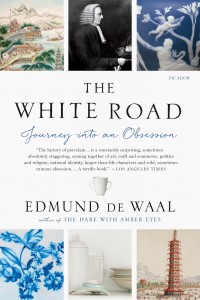 In The White Road, artist Edmund de Waal gives us an intimate portrait of his lifelong obsession with porcelain, or “white gold.” A potter who has been working with porcelain for more than forty years, de Waal describes how he set out on five journeys to places where porcelain was dreamed about, refined, collected, and coveted—and that would help him understand the clay’s mysterious allure. From his studio in London, he begins by travelling to three “white hills”—sites in China, Germany, and England that are key to porcelain’s creation. But his search eventually leads him around the globe and reveals more than a history of cups and figurines; rather, he is forced to confront some of the darkest moments of twentieth-century history.

Set amid the most turbulent social and political period of modern times, Ninth Street Women is the impassioned, wild, sometimes tragic, always exhilarating chronicle of five women who dared to enter the male-dominated world of twentieth-century abstract painting—not as muses but as artists. From their cold-water lofts, where they worked, drank, fought, and loved, these pioneers burst open the door to the art world for themselves and countless others to come.

Gutsy and indomitable, Lee Krasner was a hell-raising leader among artists long before she became part of the modern art world’s first celebrity couple by marrying Jackson Pollock. Elaine de Kooning, whose brilliant mind and peerless charm made her the emotional center of the New York School, used her work and words to build a bridge between the avant-garde and a public that scorned abstract art as a hoax. Grace Hartigan fearlessly abandoned life as a New Jersey housewife and mother to achieve stardom as one of the boldest painters of her generation. Joan Mitchell, whose notoriously tough exterior shielded a vulnerable artist within, escaped a privileged but emotionally damaging Chicago childhood to translate her fierce vision into magnificent canvases. And Helen Frankenthaler, the beautiful daughter of a prominent New York family, chose the difficult path of the creative life.

Her gamble paid off: At twenty-three she created a work so original it launched a new school of painting. These women changed American art and society, tearing up the prevailing social code and replacing it with a doctrine of liberation. In Ninth Street Women, acclaimed author Mary Gabriel tells a remarkable and inspiring story of the power of art and artists in shaping not just postwar America but the future.

Written by one of the twentieth century’s leading textile artists, this splendidly illustrated book is a luminous meditation on the art of weaving, its history, its tools and techniques, and its implications for modern design. First published in 1965, On Weaving bridges the transition between handcraft and the machine-made, highlighting the essential importance of material awareness and the creative leaps that can occur when design problems are tackled by hand.

With her focus on materials and handlooms, Anni Albers discusses how technology and mass production place limits on creativity and problem solving, and makes the case for a renewed embrace of human ingenuity that is particularly important today. Her lucid and engaging prose is illustrated with a wealth of rare and extraordinary images showing the history of the medium, from hand-drawn diagrams and close-ups of pre-Columbian textiles to material studies with corn, paper, and the typewriter, as well as illuminating examples of her own work.

Now available for a new generation of readers, this expanded edition of On Weaving updates the book’s original black-and-white illustrations with full-color photos, and features an afterword by Nicholas Fox Weber and essays by Manuel Cirauqui and T’ai Smith that shed critical light on Albers and her career.

An unforgettable voyage across the reaches of America and the depths of memory, this generational memoir of one incredible family reveals America’s unique craft tradition. In Red Brick, Black Mountain, White Clay, renowned critic Christopher Benfey shares stories—of his mother’s upbringing in rural North Carolina among centuries-old folk potteries; of his father’s escape from Nazi Europe; of his great-aunt and -uncle Josef and Anni Albers, famed Bauhaus artists exiled at Black Mountain College—unearthing an ancestry, and an aesthetic, that is quintessentially American. With the grace of a novelist and the eye of a historian, Benfey threads these stories together into a radiant and mesmerizing harmony. 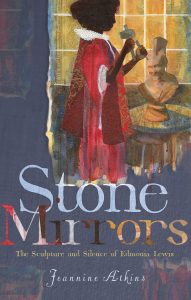 From critically acclaimed author Jeannine Atkins comes a gorgeous, haunting biographical novel in verse about a half Native American, half African American sculptor working in the years following the Civil War.

A sculptor of historical figures starts with givens but creates her own vision. Edmonia Lewis was just such a sculptor, but she never spoke or wrote much about her past, and the stories that have come down through time are often vague or contradictory. Some facts are known: Edmonia was the daughter of an Ojibwe woman and an African-Haitian man. She had the rare opportunity to study art at Oberlin, one of the first schools to admit women and people of color, but lost her place after being accused of poisoning and theft, despite being acquitted of both. She moved to Boston and eventually Italy, where she became a successful sculptor.

But the historical record is very thin. The open questions about Edmonia’s life seem ideally suited to verse, a form that is comfortable with mysteries. Inspired by both the facts and the gaps in history, author Jeannine Atkins imagines her way into a vision of what might have been.

Hello students, meet Professor Skeletor. Be on time, don’t miss class, and turn off your phones. No time for introductions, we start drawing right away. The goal is more rock, less talk, and we communicate only through images.

For more than five years the cartoonist Lynda Barry has been an associate professor in the University of Wisconsin–Madison art department and at the Wisconsin Institute for Discovery, teaching students from all majors, both graduate and undergraduate, how to make comics, how to be creative, how to not think. There is no academic lecture in this classroom. Doodling is enthusiastically encouraged. Making Comics is the follow-up to Barry’s bestselling Syllabus and this time she shares all of her comics-making exercises. In a new hand drawn syllabus detailing her creative curriculum, Barry has students drawing themselves as monsters and superheroes, convincing students who think they can’t draw that they can, and most important, encouraging them to understand that a daily journal can be anything so long as it is hand drawn.

Barry teaches all students and believes everyone and anyone can be creative. At the core of Making Comics is her certainty that creativity is vital to processing the world around us. In 2019, Barry received a MacArthur Genius Grant for her work as an educator and cartoonist.

When Esquire magazine planned an issue to salute the American jazz scene in 1958, graphic designer Art Kane pitched a crazy idea: how about gathering a group of beloved jazz musicians and photographing them? He didn’t own a good camera, didn’t know if any musicians would show up, and insisted on setting up the shoot in front of a Harlem brownstone. Could he pull it off? In a captivating collection of poems, Roxane Orgill steps into the frame of Harlem 1958, bringing to life the musicians’ mischief and quirks, their memorable style, and the vivacious atmosphere of a Harlem block full of kids on a hot summer’s day. Francis Vallejo’s vibrant, detailed, and wonderfully expressive paintings do loving justice to the larger-than-life quality of jazz musicians of the era. Includes bios of several of the fifty-seven musicians, an author’s note, sources, a bibliography, and a foldout of Art Kane’s famous photograph.

Residents along the Mississippi Gulf Coast thought Walter Anderson was odd, rowing across twelve miles of open water in a leaky skiff to reach Horn, an uninhabited island without running water or electricity. But this solitary artist didn’t much care what they thought as he spent weeks at a time on his personal paradise, sleeping under his boat, sometimes eating whatever washed ashore, sketching and painting the natural surroundings and the animals that became his friends. Here Walter created some of his most brilliant watercolors, work he kept hidden during his lifetime. In a beautifully crafted picture book biography, writer Hester Bass and Caldecott Honor-winning illustrator E. B. Lewis pay homage to an uncompromising American artist. 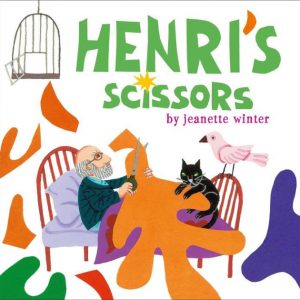 In a small weaving town in France, a young boy named Henri-Emile Matisse drew pictures everywhere, and when he grew up, he moved to Paris and became a famous artist who created paintings that were adored around the world. But late in life a serious illness confined him to a wheelchair, and amazingly, it was from there that he created among his most beloved works—enormous and breathtaking paper cutouts.

Based on the life of Henri Matisse, this moving and inspirational picture book biography includes a note from the author, dynamic quotes from Matisse himself, and an illuminating look at a little-known part of a great artist’s creative process.

Some kids sculpt sand castles. Some make mud pies. Some construct great block towers. But none are better at building than Iggy Peck, who once erected a life-size replica of the Great Sphinx on his front lawn! It’s too bad that few people appreciate Iggy’s talent—certainly not his second-grade teacher, Miss Lila Greer. It looks as if Iggy will have to trade in his T square for a box of crayons…until a fateful field trip proves just how useful a mast builder can be.

Tyree Guyton loved his childhood home—that’s where his grandpa Sam taught him to “paint the world.” So he wanted to wake people up…to make them see Detroit’s crumbling communities.

This picture book biography of Tyree Guyton, an urban environmental artist, shows how he transformed his decaying, crime-ridden neighborhood into the Heidelberg Project, an interactive sculpture park. The story spans from Tyree’s childhood in 1950s Detroit to his early efforts to heal his community through art in the 1980s. Tyree’s awards include Michigan Artist of the Year and International Artist.

Founded in a process-based philosophy, this unique book includes more than 40 activities set up as invitations, or thoughtfully designed prompts to explore, create, and play. Author Meri Cherry has more than 20 years of teaching experience, and her blog (mericherry.com) has set the standard for meaningful and enriching process art experiences that are both manageable for parents, and appealing and fun for kids.

Play, Make, Create begins with a guide for parents, teachers, and facilitators that discusses how to set up materials in an inviting way, how to present an activity and talk to kids about art, and how to stock the right materials for ongoing creativity. Also included are best-practice tips for clean-up, answers to frequently asked questions, and more.