NOMA’s Learning and Engagement team is excited to present monthly suggested reading lists for all ages based on a theme or exhibition in partnership with Octavia Books. Direct links for ordering books are found in the listings below. For October, we are looking at the theme of transformation. 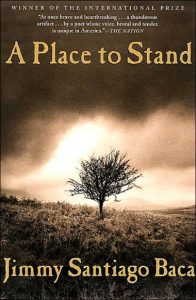 A Place to Stand by Jimmy Santiago Baca

Jimmy Santiago Baca’s harrowing, brilliant memoir of his life before, during, and immediately after the years he spent in a maximum-security prison garnered tremendous critical acclaim and went on to win the prestigious 2001 International Prize. Long considered one of the best poets in America today, Baca was illiterate at the age of twenty-one and facing five to ten years behind bars for selling drugs. A Place to Stand is the remarkable tale of how he emerged after his years in the penitentiary — much of it spent in isolation — with the ability to read and a passion for writing poetry. A vivid portrait of life inside a maximum-security prison and an affirmation of one man’s spirit in overcoming the most brutal adversity.

Koschei the Deathless is to Russian folklore what devils or wicked witches are to European culture: a menacing, evil figure; the villain of countless stories which have been passed on through story and text for generations. But Koschei has never before been seen through the eyes of Catherynne Valente, whose modernized and transformed take on the legend brings the action to modern times, spanning many of the great developments of Russian history in the twentieth century. Deathless, however, is no dry, historical tome: it lights up like fire as the young Marya Morevna transforms from a clever child of the revolution, to Koschei’s beautiful bride, to his eventual undoing. Along the way there are Stalinist house elves, magical quests, secrecy and bureaucracy, and games of lust and power. All told, Deathless is a collision of magical history and actual history, of revolution and mythology, of love and death, which will bring Russian myth back to life in a stunning new incarnation.

The Breast by Philip Roth

Like a latter-day Gregor Samsa, Professor David Kepesh wakes up one morning to find that he has been transformed. But where Kafka’s protagonist turned into a giant beetle, the narrator of Philip Roth’s richly conceived fantasy has become a 155-pound female breast. What follows is a deliriously funny yet touching exploration of the full implications of Kepesh’s metamorphosis—a daring, heretical book that brings us face to face with the intrinsic strangeness of sex and subjectivity.

But everything changed the night magic disappeared. Under the orders of a ruthless king, maji were killed, leaving Zélie without a mother and her people without hope.

Now Zélie has one chance to bring back magic and strike against the monarchy. With the help of a rogue princess, Zélie must outwit and outrun the crown prince, who is hell-bent on eradicating magic for good. 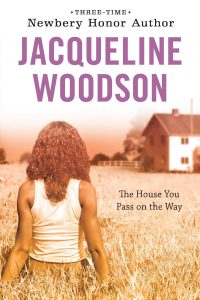 The House You Pass On the Way by Jacqueline Woodson

Thirteen-year-old Staggerlee used to be called Evangeline, but she took on a fiercer name. She’s always been different–set apart by the tragic deaths of her grandparents in an anti-civil rights bombing, by her parents’ interracial marriage, and by her family’s retreat from the world. This summer she has a new reason to feel set apart–her confused longing for her friend Hazel. When cousin Trout comes to stay, she gives Staggerlee a first glimpse of her possible future selves and the world beyond childhood.

Maybe Something Beautiful: How Art Transformed a Neighborhood by F. Isabel Campoy and Theresa Howell, Illustrated by Rafael López

What good can a splash of color do in a community of gray? As Mira and her neighbors discover, more than you might ever imagine! Based on the true story of the Urban Art Trail in San Diego, California, Maybe Something Beautiful reveals how art can inspire transformation—and how even the smallest artists can accomplish something big. Pick up a paintbrush and join the celebration! 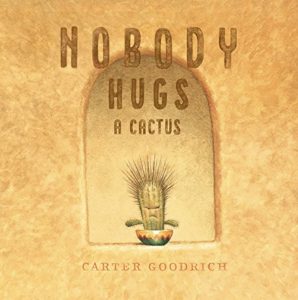 Nobody Hugs a Cactus by Carter Goodrich

Hank is the prickliest cactus in the entire world. He sits in a pot in a window that faces the empty desert, which is just how he likes it. So, when all manner of creatures—from tumbleweed to lizard to owl—come to disturb his peace, Hank is annoyed.

But the thing is, no one is offering one. Who would want to hug a plant so mean? Hank is beginning to discover that being alone can be, well, lonely.

So he comes up with a plan to get the one thing he thought he would never need: a hug from a friend.

We welcome any questions or feedback about NOMA’s suggested reading lists. We would love to hear from you, so please feel welcome to contact us at education@noma.org.