Symbols of Communication is a large-scale, bas-relief mural by Enrique Alférez, a Mexican artist who lived and worked in New Orleans. The mural celebrates the diversity of human culture, and showcases our desire to share our stories and connect with one another through language.

Originally created for the New Orleans Times-Picayune Building in 1967, NOMA acquired the mural in 2020. The mural is now the centerpiece of NOMA’s newly opened Lapis Center for the Arts, a mixed-use performance, lecture and event space at the museum. 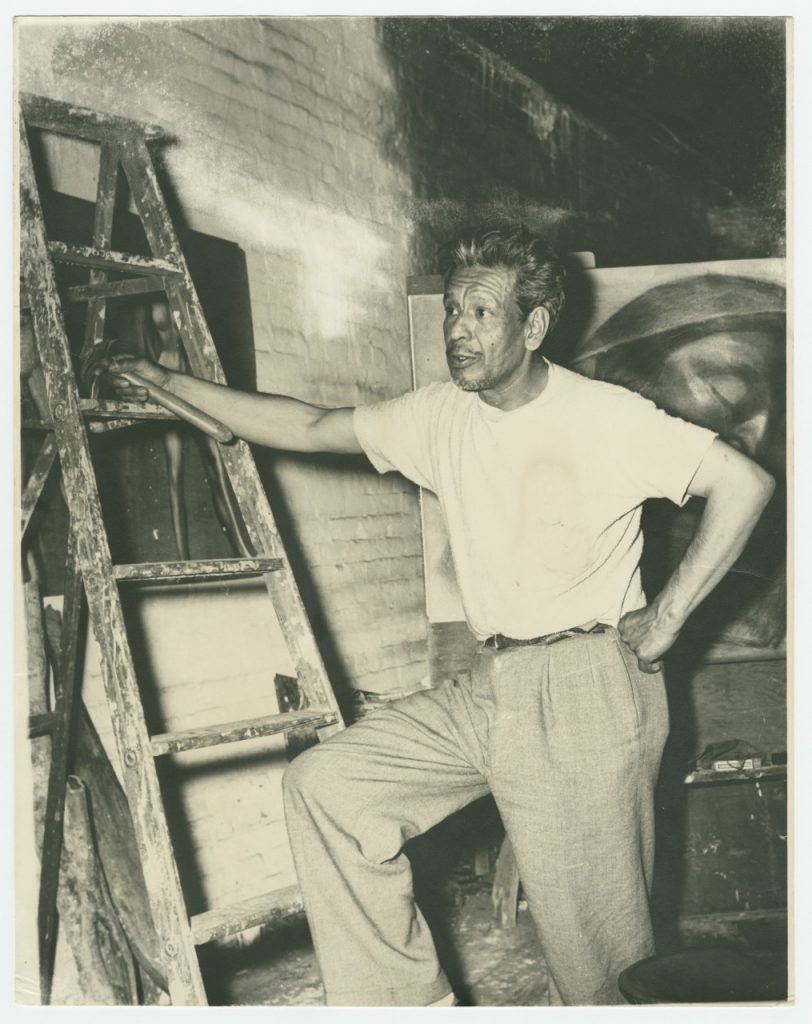 Alférez originally created Symbols of Communication for the main entrance of the New Orleans Times-Picayune Building in 1967, to adorn both sides of the building’s three-story lobby. To create this imposing sculpture, Alférez stamped a series of plaster panels with hand-carved wooden molds containing characters and symbols meant to represent all human languages. The mural weaves together a vast array of alphabets from across the world, including Greek and Roman alphabets, Arabic, Chinese and Japanese characters, Mayan glyphs and hieroglyphics from ancient Egypt, mathematical symbols, and the dots and dashes of Morse code and Braille, among many other sources.

Alférez was born in Mexico in 1901, and first visited New Orleans in 1929. He created over twenty major public works—sculptures and wall reliefs in metal, plaster and wood—throughout the city. His work can still be found all across New Orleans. He created a site-specific installation for the entrance to New Orleans’s Charity Hospital, a series of sculptures for the facades of buildings across the city, and many freestanding public sculptures, some of which can now be seen at the New Orleans Botanical Garden in City Park.

Alférez’s art reflectes his own belief in the power and importance of communication, as well as the role that art has to play in helping us reach across cultures to connect with others. As the centerpiece of NOMA’s new Lapis Center for the Arts, Symbols of Communication will be animated by music, dance and the sharing of new ideas for years to come.