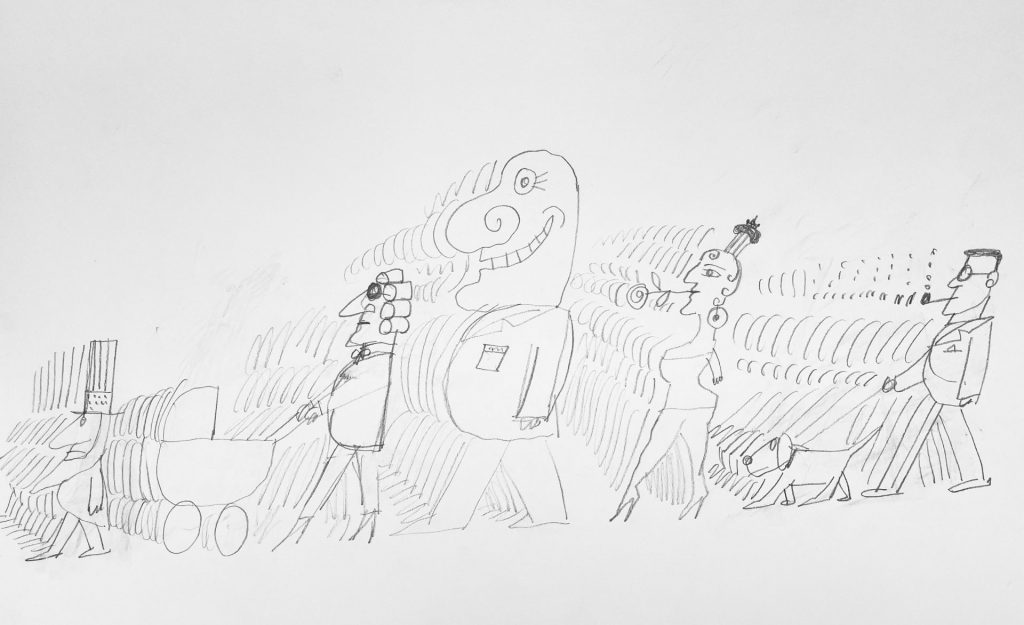 Saul Steinberg was an important artist and illustrator who worked for The New Yorker for many years. He referred to himself as “a writer who draws,” a description that not only points to his great skill with both words and pictures, but also captures the linguistic and narrative features of his visual work.

Insightful, funny, wise, and critical, his work often defined profound aspects of the human condition with just a few simple lines of a pencil. At the end of last year, the New Orleans Museum of Art was the fortunate recipient of a gift of thirty-six works by Steinberg from the Saul Steinberg Foundation. Among them is an excellent group of parade drawings, fitting works for a collection based in New Orleans.

In one of his many signature styles, each of these parade drawings represents an eclectic assortment of marching participants, rendered reiteratively as “etceteras” with single lines representing similar figures receding behind the initial individual. Each figure likely represents a different political or social type; graduates, soldiers, Abraham Lincolns, Santas, and more populate these parades. Collectively the variety of subjects echoes the elements of surprise and revelation that makes the experience of looking at them very much like watching an actual parade. 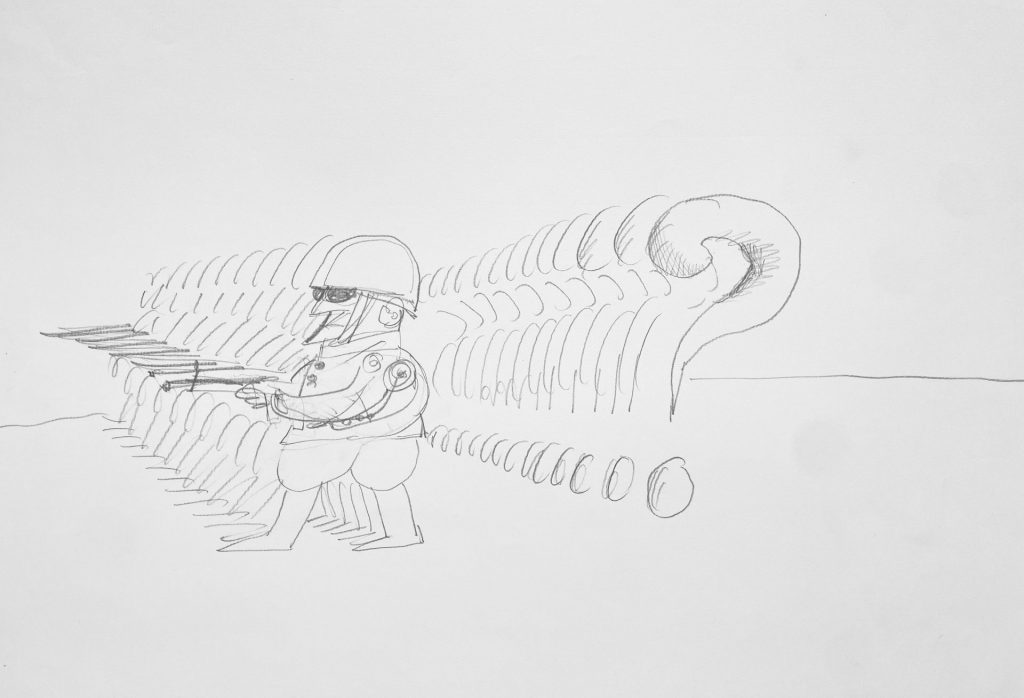 Like all great art, these modest drawings are also quite timeless, with the many potential interpretations often lending relevance to the present moment. In one drawing, for example, a line of soldiers precedes a marching row of question marks. War, of course, is always followed by questions, but with the current uncertainty surrounding the potential for war on the Ukrainian border, this drawing seems particularly pertinent.

Such potential profundity should not subtract, however, from the sheer joy and wonder of each of these works, and sometimes a thing is just a thing. It is Carnival season, and who wouldn’t want to watch a parade with alligators, swans, and rabbits with sabres riding horses? This was the real magic of Saul Steinberg: He could teach while entertaining, inform while inspiring, and speak volumes with only a few lines. 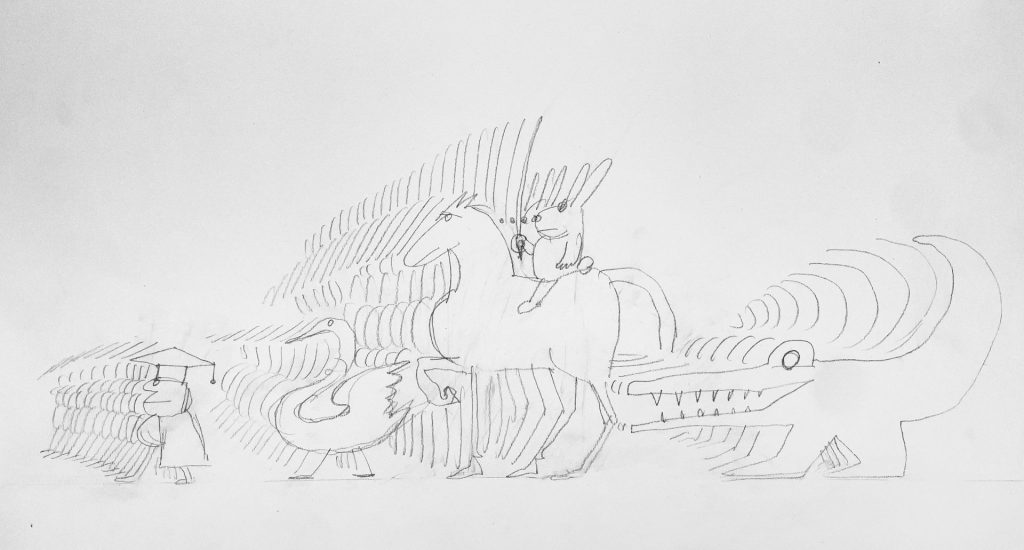