Susan M. Taylor, the Montine McDaniel Freeman Director at the New Orleans Museum of Art (NOMA), has announced the appointment of Ndubuisi C. Ezeluomba, PhD. as the Françoise Billion Richardson Curator of African Art and Gabrielle Wyrick as Deputy Director of Learning and Engagement. 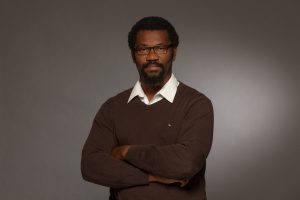 Originally from Benin City, Nigeria, Ezeluomba comes to NOMA from the Virginia Museum of Fine Arts in Richmond, where he was the Andrew W. Mellon Curatorial Research Specialist in African Art. In this role, Ezeluomba collaborated with the institution’s conservation department to probe beneath the surface of the objects in the museum’s collection. Before his time in Virginia, Ezeluomba served as a consultant on the Elusive Spirits: African Masquerades exhibition at the Harn Museum of Art at the University of Florida, and worked on the Harn Museum curatorial team that produced Kongo Across the Waters, examining 500 years of cultural exchange between the Kongo, Europe, and the United States, showing the rise of Kongo as a major Atlantic presence and the transmission of Kongo culture through the transatlantic slave trade into American art. The exhibition was also shown at NOMA in 2015.

Ezeluomba received a Ph.D. in Art History from the University of Florida, Gainesville, specializing in historic African shrines. His dissertation, entitled Olokun Shrines: Their Functions in the Culture of the Benin Speaking People of Southern Nigeria, earned him the University of Florida Graduate School Doctoral Dissertation Award in 2017. Ezeluomba received his B.A. in Fine and Applied Arts from the University of Benin, and graduated from the University of Ibadan in Nigeria, where his master’s thesis focused on the contemporary Nigerian artist Obi Ekwenchi. Ezeluomba has contributed to multiple publications and journals, including Routledge Encyclopedia of African Studies, Agents of Space: Eighteenth-Century Art, Architecture and Visual Culture; Routledge Encyclopedia of Modernism; Black Art Quarterly; and has presented at numerous international conferences. 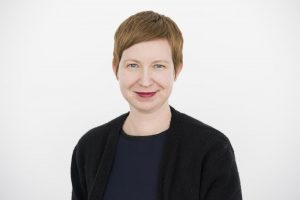 Gabrielle Wyrick comes to NOMA from the Institute of Contemporary Art/Boston, where she served as Associate Director of Education from 2010 to September 2018. In this role, Wyrick was responsible for identifying, developing, implementing and evaluating all educational programs for youth including teen programs, school programs, and family programs. She also served as Project Director for the National Convening for Teens in the Arts at ICA/Boston since its inception in 2010. Before her current position, Wyrick held the position of Curator of Education at the Museum of Contemporary Art San Diego for four years, where she oversaw all interpretive and education activities.