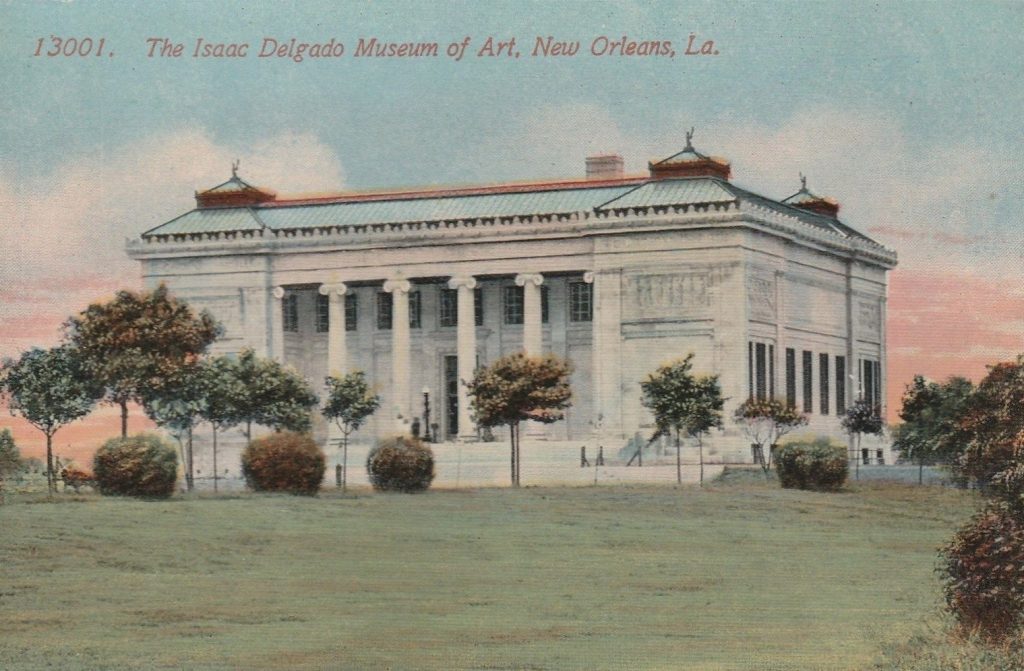 This week, NOMA celebrates 110 years of being open to the public!

On December 16, 1911, the museum opened as the Isaac Delgado Museum of Art with a permanent collection of just nine works of art. Now, the museum holds over 40,000 objects, including extensive collections in French and American art, photography, glass, and African and Japanese works. Additionally, NOMA is home to the twelve-acre Sydney and Walda Besthoff Sculpture Garden, which showcases over 90 monumental sculptures within the lush landscape of City Park.

In 1910, Isaac Delgado gave $150,000 to the City Park Improvements Association for the erection of an art museum for New Orleans. The cornerstone dedication ceremony took place on March 22, 1911, and the museum opened to the public at 2 pm on December 16, 1911. The opening ceremony was attended by Mayor Martin Behrman and 3,000 others.

For a full history of NOMA, dive into our museum history timeline. Reserve your tickets to #ExploreNOMA here.