What inspires a collector and when do personal collections become something more? Visit NOMA on select Fridays and Saturdays this winter to explore the on-screen stories of passionate collectors who have helped shape the 21st-century art museum landscape. 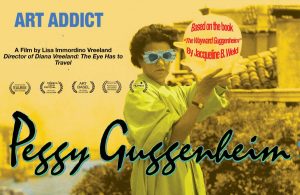 Marguerite “Peggy” Guggenheim (1898–1979) was an American art collector, bohemian, and socialite. Born to the wealthy New York City Guggenheim family, she was the daughter of Benjamin Guggenheim, who went down with the Titanic in 1912, and the niece of Solomon R. Guggenheim, who would establish the Solomon R. Guggenheim Foundation. Peggy Guggenheim created a noted art collection in Europe and America primarily between 1938 and 1946. She exhibited this collection as she built it and in 1949 settled in Venice, where she lived and exhibited her collection for the rest of her life. The Peggy Guggenheim Collection is a modern art museum on the Grand Canal in Venice, Italy, and is one of the most visited attractions in the city. Peggy Guggenheim: Art Addict is a portrait of a patron of the arts extraordinaire who transformed a modest fortune and impeccable taste into one of the premiere collections of twentieth-century art. 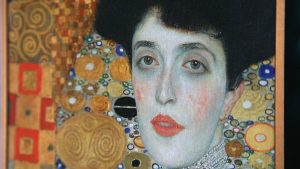 Adele’s Wish recounts the struggle of 92-year-old Jewish World War II refuge Maria Altmann, a resident of Los Angeles who sued the Republic of Austria to recover five Gustav Klimt paintings stolen from her family in Vienna by the Nazis in 1938. The paintings were considered national treasures by Austria and were proudly displayed in Vienna’s Belvedere Museum for over sixty years. Although it began as a legal dispute, Altmann’s mission evolved into a political, cultural and ethical confrontation. In the process, Austria was forced to re-examine not only its role in Nazi art thefts, but also its anti-Semitic past. Altmann’s story was made into a feature film in 2015, Woman in Gold, starring Helen Mirren and Ryan Reynolds. 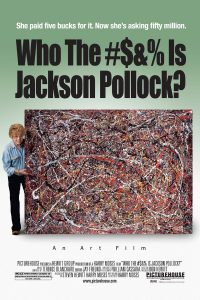 Not long after Teri Horton, a 73-year-old semi-truck driver with an eighth-grade education, paid $5 for a large splatter painting as a gift for her friend at the Dot Spot Thrift Shop in San Bernardino, California, she was forced to sell it. Her friend said it would not fit in her house trailer. An art teacher who spotted the painting commented that it might be an original work by Jackson Pollock—and potentially worth $50 million. This documentary follows Horton, her son, and a forensics specialist as they attempt to prove to the world, or more specifically the art community, that this unlikely find is a true modern masterpiece. In Who the #$&% Is Jackson Pollock? veteran documentary filmmaker Harry Moses exposes the controversy in the world of high-priced artwork as he paints a vivid picture of how art is bought and sold in America. (2006 | Rated PG-13 | 1 hour, 14 minutes | Watch the trailer) 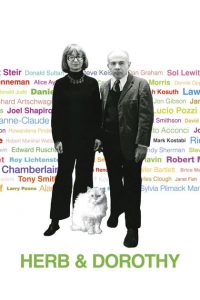 He was a postal clerk. She was a librarian. With their modest means, the couple managed to build one of the most important contemporary art collections in history, including works by pop artist Roy Lichtenstein, photographers Cindy Sherman and Lorna Simpson, minimalist Robert Mangold, and post-minimalist Richard Tuttle. Meet Herb and Dorothy Vogel, whose shared passion and discipline have defied stereotypes and redefined what it means to be an art collector. 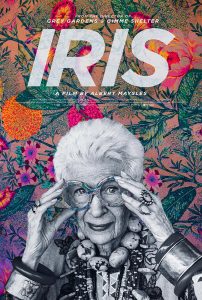 From legendary documentarian Albert Maysles (Grey Gardens, Gimme Shelter), Iris pairs the late 88-year-old filmmaker with Iris Apfel, the quick-witted, flamboyantly dressed 93-year-old style maven who has had an outsized presence on the New York fashion scene for decades. Apfel’s signature style is accented by her coveted collection of couture costume jewelry. More than a fashion film, the documentary is a story about creativity and how a soaring free spirit continues to inspire.