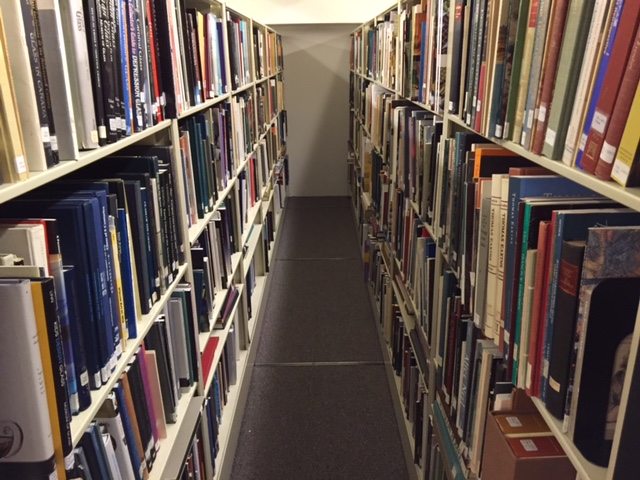 Organized by NOMA’s Felix J. Dreyfous Library, the Book Club is an informal group. You do not have to attend every meeting and we understand if you have to leave a discussion or program early. The book club offers several types of programs: a book discussion group that meets once a month (no reading in December), curatorial programs, field trips, and Meet the Author receptions. Most book club programs start promptly at noon, but please arrive at 11:30 a.m. if you wish to bring a sack lunch or meet beforehand. NOMA will provide water and soft drinks.

RSVP for the meetings you wish to attend so we can prepare the meeting space. Remember to send your suggestions for “reads” throughout the year. They may appear in the following year’s schedule.

Some of the selections for 2017 will relate to the NOLA4WOMEN project.

NOLA4WOMEN takes action through innovative programs to celebrate women and girls, provides a forum to address the challenges they face and promotes a future where they have the opportunity to reach their full potential. 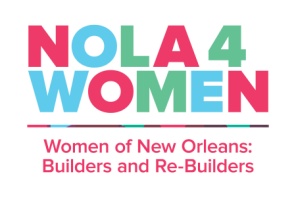 “Perhaps best known as the long-suffering wife of Jackson Pollock, Lee Krasner is now, finally, being recognized as one of the 20th century’s modernist masters. In Lee Krasner, author Gail Levin gives us an engrossing biography of the painter … a rebrand and trailblazer for women’s rights as well as an exceptional artist who led a truly fascinating life.” – Amazon.com

“The Venetians’ language and way of thinking set them aside from the rest of Italy. They are an island people, linked to the sea and to the tides rather than the land. This latest work from the incomparable Peter Ackroyd, like a magic gondola, transports its readers to that sensual and surprising city … His account embraces facts and romance, conjuring up the atmosphere of the canals, bridges, and sunlit squares, the churches and the markets, the festivals and the flowers. From the first refugees arriving in the mists of the lagoon in the fourth century to the rise of a great mercantile state and its trading empire, the wars against Napoleon, and the tourist invasions of today.” – Amazon.com

This selection accompanies the exhibition: A Life of Seduction: Venice in the 1700s.

The Painter of Souls: a Novel by Philip Kazan

“If the Brancacci Chapel in Florence is small in scale, its place in the history of Renaissance art is immense. It was here, in the 1420s, that the young Masaccio took over from the older, conventional Masolino, creating biblical frescoes of such vibrant physicality that, according to the 16th-century art historian Vasari, for the next hundred years Florence’s most famous artists studied the chapel as part of their training. Vasari also notes that one of their first devotees was a young friar living in the monastery when the chapel was painted and that until then Filippo Lippi was better known for defacing his study books with ‘crudely drawn figures.’” – New York Times

Tuesday, March 7 | Meet the “Gondola Guy” and his gondola, Bella Mae, in the Sculpture Garden for a program about the history of gondolas and gondoliers. Learn how Bella Mae came from Venice to New Orleans.

The Empress of Art: Catherine the Great and the Transformation of Russia by Susan Jaques

“As art journalist Jaques (A Love for the Beautiful, 2012) amply shows in this well-researched biography, Catherine amassed paintings, sculpture, books, jewels, furniture, furs, and palaces not because she was an aesthete, but ‘to legitimize her shaky claim to rule and reinvent herself as Russia’s enlightened ruler.’ A unique perspective on the woman who transformed Russia from a northern backwater to global superpower.” – Kirkus Reviews

Daughter of Fortune: a Novel by Isabel Allende

“The alluring tale begins in Valparaiso, Chile, with young Eliza Sommers, who was left as a baby on the doorstep of wealthy British importers Miss  Rose Sommers and her prim brother, Jeremy. Now a 16-year-old, and newly pregnant, Eliza decides to follow her lover, fiery clerk Joaquin Andieta, when he leaves for California to make his fortune in the gold rush. Enlisting the unlikely aid of Tao Chi’en, a Chinese shipboard cook, she stows away on a ship bound for San Francisco.” – Publishers Weekly

Art Lover: A Biography of Peggy Guggenheim by Anton Gill

“Guggenheim, a classic ‘poor little rich girl,’ was known as much for her sexual exploits as for her championing of modern art, a fact Gill, the author of numerous works, including An Honorable Defeat: The German Resistance to Hitler (1994), examines with candor, sensitivity, and mellifluous grace … Gill patiently records every battle in her two violently contentious marriages (one to artist Max Ernst), her compulsive promiscuity, miserable failure at motherhood, and peripatetic lifestyle, then, with a sigh of relief, concentrates on her vision and generosity in supporting avant-garde writers and artists and her influential role as gallery owner and pioneering modern art collector.” – Amazon.com

Stories of Art and Artists by Diana Secker Tesdell

“Writers have long been fascinated by the idea of artistic genius, the relationship between portraits and their subjects, the inspirational role of muses, and the effects on artists of ambition, failure, and success. Art forms featured in these  pages include sculpture, pottery, architecture, miniatures, landscapes, portraits, and abstract painting, illumined in brilliant stories by such great writers as Honore de Balzac, Hermann Hesse, Franz Kafka, Marguerite Yourcenar, John Berger, William Boyd, Doris Lessing, Valerie Martin, Julian Barnes, Orhan Pamuk, and A. S. Byatt. Their dazzling literary evocations of the visual arts—using one art form to reflect on another— make Stories of Art and Artists an irresistible gift for lovers of art of all kinds.” – Amazon.com

Thursday July 13 | Book Discussion Group. We will all choose different stories and each share them with the group. Coordinate story choice with Sheila Cork at scork@noma.org or 504-658-4117.

The Master of the Prado: A Novel by Javier Sierra

“New York Times bestselling author Javier Sierra takes you on a grand tour of the Prado museum in this historical novel that illuminates the fascinating mysteries behind European art—complete with gorgeous, full-color inserts of artwork by da Vinci, Botticelli, and other master artists … At once a captivating novel and a beautifully illustrated reference guide to Madrid’s famed museum, The Master of the Prado is full of insights and intriguing mysteries. Sierra brings historical characters alive in this astounding narrative filled with dazzling surprises that will entrance you as much as the pictures within.” – Amazon.com

Oil and Marble: A Novel of Leonardo and Michelangelo by Stephanie Storey

“Tremendously entertaining and ‘unapologetic’ in its artistic license, Oil and Marble will remind an older generation of the pleasures of Irving Stone’s art historical fiction, particularly his chronicle of the Sistine Chapel ceiling commission, The Agony and the Ecstasy. Storey’s affection for the period is clear. Her narrative instincts are strong and her dialogue sharp; throughout, her exposition is adroit and informative.” – New York Times

“There is still very little known about the life of Vivian Maier. What is known is that she was born in New York in 1926 and worked as a nanny for a family on Chicago’s North Shore during the 50s and 60s. Seemingly without a family of her own, the children she cared for eventually acted as caregivers for Maier herself in the autumn of her life. She took hundreds of thousands of photographs in her lifetime, but never shared them with anyone. Maier lost possession of her art when her storage locker was sold off for non-payment. She passed away in 2009 at the age of 83 … John Maloof is an author and street photographer involved in historic preservation of Chicago’s Northwest Side. He discovered the first negatives of Vivian Maier’s work in 2007 while compiling a book about the history of the neighborhood where he grew up.” – Amazon.com

The White Road: Journey into an Obsession by Edmund de Waal

“A gripping blend of history and memoir, by the author of the award-winning and bestselling international sensation, The Hare with the Amber Eyes. In The White Road, de Waal gives us an intimate narrative history of his lifelong obsession with porcelain, or white gold … A potter who has been working with porcelain for more than 40 years, de Waal describes how he set out on five journeys to places where porcelain was dreamed about, refined, collected and coveted.” – Amazon.com