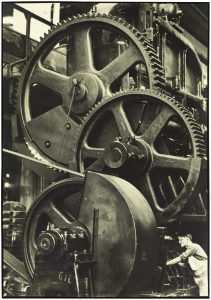 On September 11, 2018, the New Orleans Museum of Art announced the largest and most significant single gift of photographs in the institution’s history, a promised bequest of over 1,300 photographs from the private collection of Tina Freeman. Over the past forty years, Freeman, former curator of photographs at NOMA (1977-1982), noted photographer, and longtime supporter of the museum, has brought together a comprehensive collection of 350 photographers dating from the 1840s to today, ranging from works by photography pioneers Hill & Adamson, to vintage prints by Eugene Atget, Richard Avedon, Ilse Bing, Margaret Bourke-White, Lewis Hine, Dorothea Lange, Sally Mann, Irving Penn, Alfred Stieglitz, Doris Ullman, William Wegman, and Edward Weston. This promised gift also marks the occasion of the centennial of NOMA’s first photography exhibition and the Tricentennial of the city of New Orleans.

“For years, Tina Freeman has had a profound impact on photography at NOMA,” said Susan Taylor, the Montine McDaniel Freeman Director of the New Orleans Museum of Art. “Her remarkably generous gift is a reflection of her knowledge and passion for photography and the great photographers that define the medium. It is a milestone moment in the history of NOMA.”

The collection is particularly strong in work by women photographers, many of whom are not currently in NOMA’s collection. For example, the bequest gives NOMA its first photographs by Frances Benjamin Johnston, an important photojournalist in the first half of the twentieth century who is best known for her work in the American South, and who lived in the French Quarter in New Orleans at the end of her life.

A selection of 23 works from Freeman’s promised gift will be featured in the upcoming exhibition Past Present Future: Building Photography at the New Orleans Museum of Art, on view September 7, 2018, through March 17, 2019. NOMA plans to produce a catalogue of the full collection in the coming years.

“Tina Freeman began collecting in the early 1970s, at a time when many museums were not yet paying attention to photography,” said Russell Lord, Freeman Family Curator of Photographs at NOMA. “As a result of her prescient decision, her collection includes many priceless masterworks no longer available to museums and collectors today.”