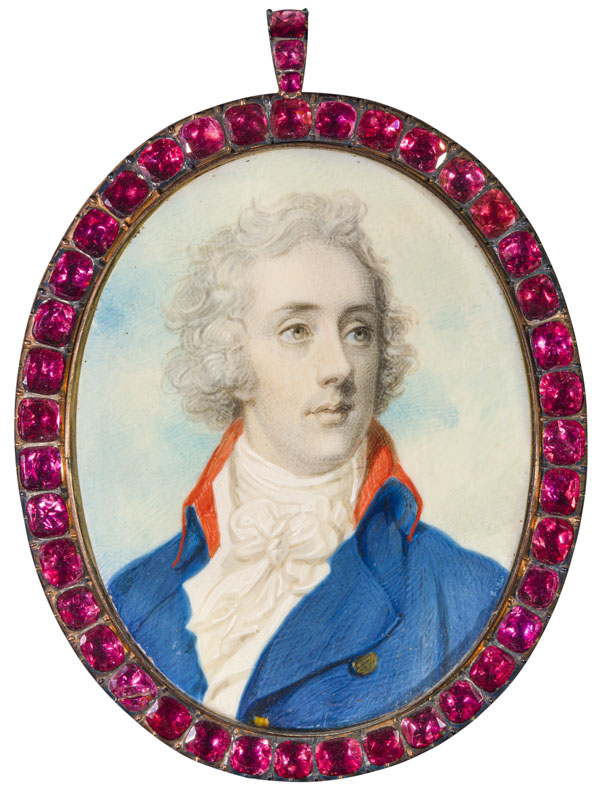 Richard Cosway was the most fashionable miniature painter in England from the 1780s into the early 1800s. Cosway built a successful career by flattering his subjects, and through his innovative technique of using transparent pigments that allowed the natural luminosity of ivory to shine.

In 1781, the flamboyant Cosway married the English-Italian artist Maria Hadfield, a friend and confidante to Thomas Jefferson. In London, the couple were at the center of an elite cultural circle, including such celebrities as the Prince of Wales (the future King George IV), an arts patron who was painted nearly fifty times by Cosway.

William Pitt the Younger was a prominent British statesman who, at age 24, became the youngest Prime Minister of the United Kingdom in 1783.