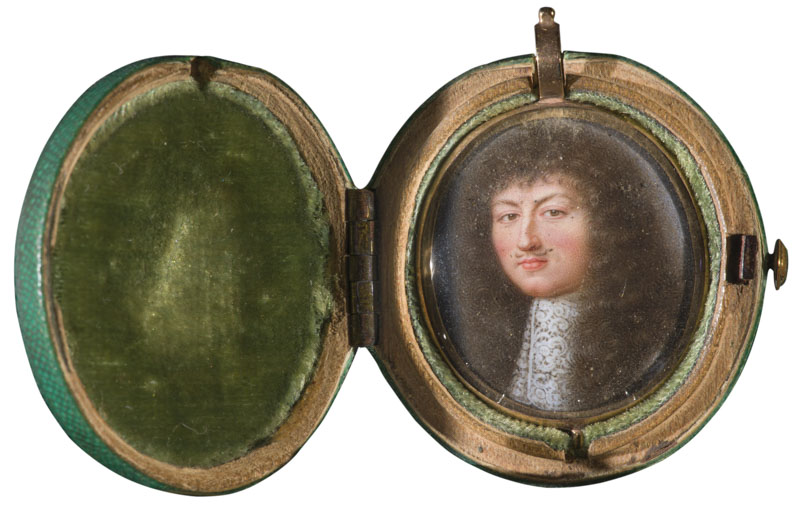 A powerful ruler during one of the most tumultuous periods of French history, King Louis XIV dramatically altered the ways of the French crown. Ruling from his extravagant palace at Versailles, “The Sun King” demanded that his Court be cloistered within this lavish estate, isolated from the French people. Louis XIV’s absolute monarchy was artistically dazzling, but such ostentation put the French throne on a path to ruin.

An identical Petitot enamel of Louis XIV set within ninety-two diamonds is part of the permanent collection of the Louvre in Paris, but it remains on view at The Metropolitan Museum of Art, New York.

Elaborate miniatures were a standard gift to ambassadors at Louis XIV’s court, but only three are known to survive intact. As in the case with NOMA’s example, the precious stones were removed from the portrait miniature and sold separately.