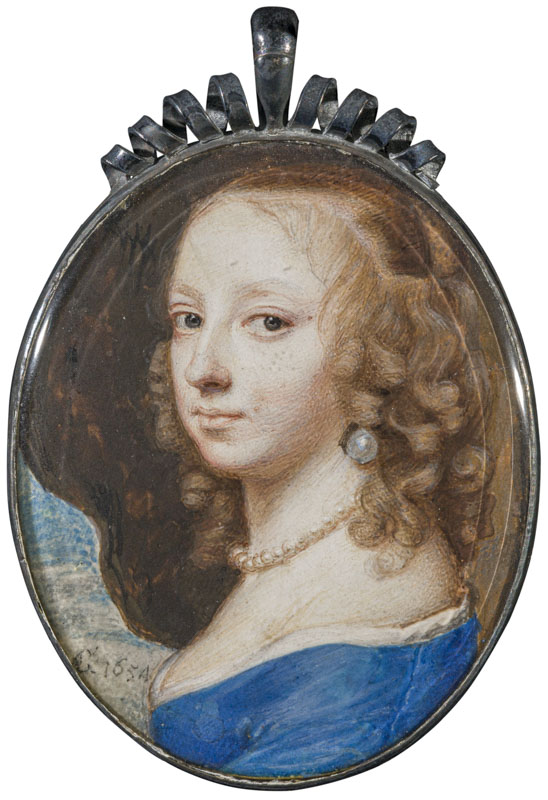 Samuel Cooper is regarded as the premiere miniaturist of the seventeenth century. Cooper learned the craft from his uncle, John Hoskins. During the period of English parliamentary rule known as the Interregnum, Cooper was employed by Oliver Cromwell, who served as Lord Protector of the Commonwealth of England, Scotland, and Ireland from 1653 to 1658.

Cooper became the court painter to King Charles II when the English monarchy was restored in 1660, two years after Cromwell’s death. According to a period diary, the new King immediately sat for Cooper to make “a crayoning of the King’s face and head, to make the stamps” for newly issued coins.