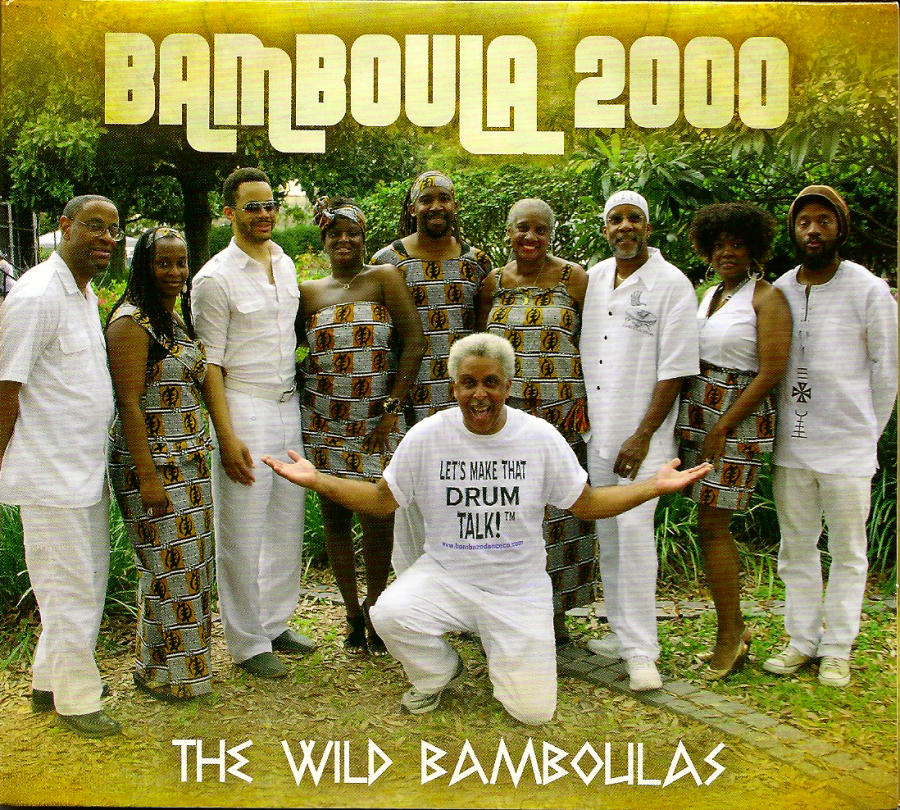 Friday Nights at NOMA features an exciting lineup of programs in 2020: live music, movies, activities for kids and families, and more. Regular admission prices apply—NOMA members are FREE—but there is no extra charge for programs or films. All galleries, the Museum Shop, and Café NOMA remain open until 9 pm. 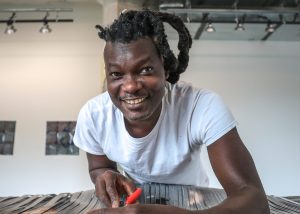 Olaniyi Rasheed Akindiya aka AKIRASH, was born in Lagos, Nigeria. He moved to the U.S. in 2011 and now lives in both Lagos and Texas. Reflecting on rural versus urban life, the accelerated pace of development, and social infrastructure, his work explores the personal and the universal, investigating the invisible systems of power that govern everyday existence. He utilizes a multitude of techniques and materials, including repurposed objects—which may result in mixed media painting— sculpture, installation, video, photography, sound, and performance.

AKIRASH’s work has been exhibited at the twelfth edition of Dak’Art Biennale in Dakar, Senegal,  2016. He also participated in Chale Wote Street Festival in Accra, Ghana, in 2013; the International Multimedia Festival in Yagon, Myanmar, in 2012; Infecting the City Street Festival, in Cape Town, South Africa, in 2012; and the East Africa Biennale (ESTAFAB) in Dar Sallam, Tanzania, in both 2005 and 2007. Visit his website for more information. 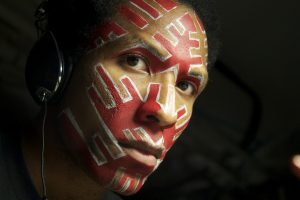 Daniel Callahan is a Boston-based multimedia artist, designer, and filmmaker. Merging a legion of disciplines including painting, digital photography, film, music, writing and performance, Callahan works to craft immersive experiences incorporating story, ritual, and the human form to explore aspects of resilience and mysticism. Best known for his painterly technique of MassQing—a ritual painting of the face used to reveal rather than conceal one’s inner essence—Callahan’s performance will take place in a semi-enclosed structure with a transparent viewing wall. Audio and video will be used to create a soundscape lasting the duration of the MassQing ritual.

Callahan’s work hasbeen featured at the Museum of Fine Arts, Boston,  The Isabella Stewart Gardner Museum, the Institute of Contemporary Art, and the Queens Museum. He is a graduate of the University of Pennsylvania School of Design where he received a Bachelors of Applied Science in Fine Arts and Africana Studies, and Emerson College where he received a Masters in Fine Arts in Film and Video. Daniel is a recipient of the Donor Circle for the Arts Grant and the New England Foundation for the Arts Creative City Grant. 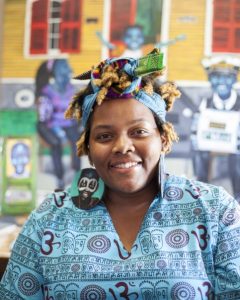 Jessica Strahan is a native of New Orleans who is inspired by the vibrancy of the Crescent City as well as the African diaspora. Her artwork consistently depicts the city’s rich culture, distinctive landmarks, and colorful people juxtaposed with tribes of the motherland. With works already on the walls of homes in London, New York, and Athens, Strahan is set on sharing her art throughout the world. Recent group exhibitions include Face to Face at LeMieux Galleries, Soul II Soul, and Old No. 77 Hotel & Chandelry in New Orleans and Mirrored Migrations at Rush Corridor Gallery in New York. She is the 2019 Art Prize winner for the Louisiana Contemporary and a regional winner of the 2016 Bombay Sapphire Artisan series and displayed during Art Basel | Miami Beach.

Friday Nights at NOMA is presented by The Times-Picayune/The New Orleans Advocate and supported in part by grant funds from the Azby Fund; Ruby K. Worner Charitable Trust; New Orleans Jazz & Heritage Festival and Foundation; and the Louisiana Division of the Arts, Office of Cultural Development, Department of Culture, Recreation and Tourism, in cooperation with the Louisiana State Arts Council.